WHAT IS FAMILY DAY?

The word Family Day was born in 2007 after a particular event that took place in Italy organized by traditional Catholic groups. This people started to fight against DICO (in italian Diritti e doveri delle persone stabilmente conviventi) law proposal of the current government. That bill recognized to cohabitant couples a legal existence. From that moment the expression Family Day was used for describing demonstrations organized to explain the dissent towards the extension of rights and faculties to heterosexual cohabitant and homosexual couples. Furthermore they supported the idea of ​​a natural family. 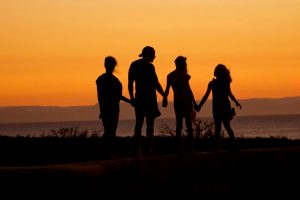 This idea of a natural family comes from World Congress of Families, a global movement, born in the nineties. They were recognized as a family with rights and faculties as a couple formed by a heterosexual man and woman united in marriage excluding therefore any other type of union that does not respect these characteristics.

Moreover, almost every years, they met in a different country for spreading their idea. In 2019 the choosen coutry was Verona in Italy.

The first Family Day event took place in May 12th, 2007. The aim was to fight against the law proposal named DICO, supported by the current government headed by Romano Prodi. This debate, promoted mainly by Vatican circles, finds favor with the Catholic component in the opposition and in the majority in the government. Subsequently they wrote a notice and over two hundred signatures were collected to join the event. This positive response reached the goal set and the DICO bill was set aside. Then in 2015 took place the second Family Day event. The debate was born against the bill presented by Senator Cirinnà that regulated civil unions between people of the same sex. This demonstration did not get the positive feedback as a matter of fact the ecclesiastical hierarchy was kept away from involvement in the initiative and in May 2016 the Cirinnà DDL law was approved.

The different trend of the two events, show how the society, in continuous change, is moving more and more towards an inclusive perspective that does not approach to diversity with fear but with strong curiosity and acceptance.

As Mahatma Gandhi claimed “We look at religions as a thousand leaves of a tree, they all seem different, but they all lead back to the same trunk”.