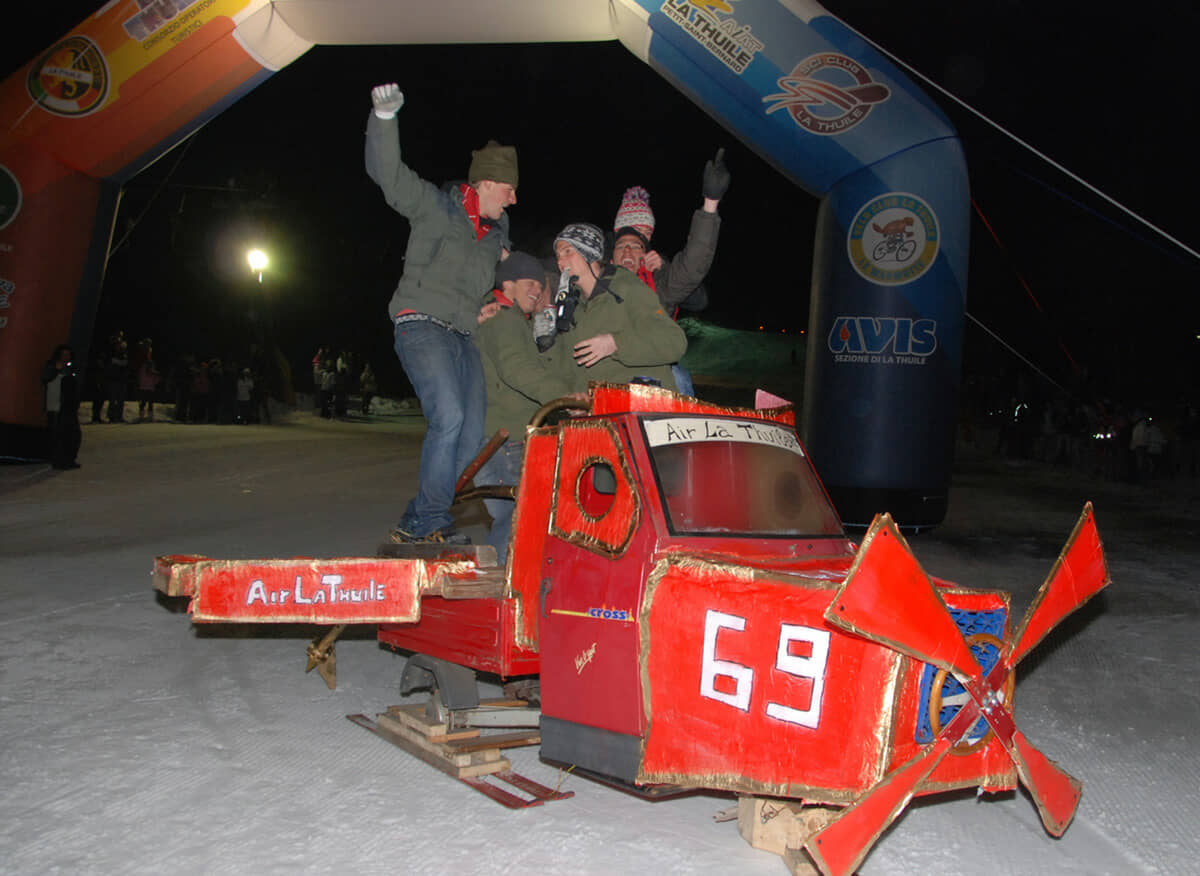 14 Feb Carnival on the snow

Many Italian cities are famous for their Carnival. The most famous are in Venice, Viareggio and Ivrea; but also smaller towns offer sometimes very fun and original ideas. For example, in Valle d’Aosta, in the mountains, carnival is celebrated on the snow. Thus, floats turn into sleighs to run upon the snow. Sleighs are built by hand from different materials, decorated and colored, and named in an original way. The teams prepare their sleighs all year long, waiting for the race on the snow. This year it will be on Saturday, February 25th.

We love this race! Do you know why? Because it reminds us of Carton Boats and Crazy Cars, in their wintry version! We would like to bring you too on the snow for a day, to organize a thrilling race, but first of all to build something creative and original! Just like in our creative team building formats, each team presents a unique sleigh, with a theme and a name. Among the teams there are local inhabitants, but also people from other parts of Italy and strangers. The panel of judge is composed of eight tourists that can thus experience Italian traditions. We judge not the speed of the vehicle, but its originality and creativity.

Which materials will we use to build our sleigh? As usual, recycled and recyclable ones: paper, cardboard, wood, scotch tape and decorations of various kinds. We just ended an incredibly fun Crazy Car Race where participants have exploited a lot of fantasy in building their cars. And since it was cold… we could really use some sleighs instead of cars!